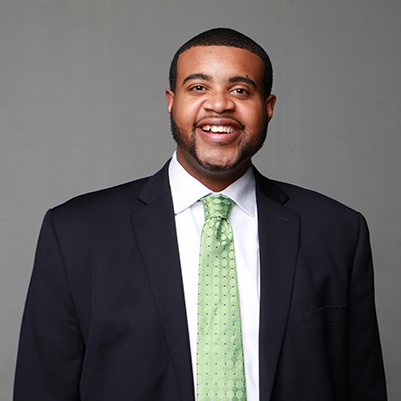 State Rep. Donavan McKinney is serving his first term representing the 14th House District, which comprises northeast Detroit, part of Warren and Center Line. McKinney was appointed to serve on the House Appropriations Committee and as majority vice chair of the Subcommittees on the Department of Corrections and the Department of Environment, Great Lakes, and Energy. In addition, he will be a member of the Department of Agriculture and Rural Development/Department of Natural Resources, Department of Licensing and Regulatory Affairs/Department of Insurance and Financial Services, and Department of Labor and Economic Opportunity subcommittees. His priorities while in office are increasing access to health care, ensuring every child in Michigan receives a quality education, improving the criminal justice system, and securing the rights of unions and workers.

Rep. McKinney began his career in public service as a legislative director in the Michigan House of Representatives. He later worked for the nonprofit Community Development Advocates of Detroit and Wayne County Community College District. Soon after, Rep. McKinney did political and coalition work for the largest health care union in the state, Service Employees International Union Healthcare Michigan.

In recent years, combating climate change has been a focus of Rep. McKinney’s professional life. He served as the national political director for Climate Power, an organization that integrates hard-hitting research, polling and media to encourage leaders to take immediate climate action. In January 2020, Gov. Gretchen Whitmer appointed McKinney to serve on the state’s first Environment Justice Council. He was instrumental in Gov. Whitmer’s $2 million Water Restart Grant Program and her statewide Water Reconnection Executive Order during the COVID-19 pandemic.

For the past seven years, Rep. McKinney has organized school tours called Young Minds in Transition, which bring musical artists, entrepreneurs, authors, engineers, elected officials and other guests to over 80 middle and high schools per year across the Metro Detroit area. Guests speak with students about the importance of mentorship, perseverance and following your dreams. Rep. McKinney is also a 2019 graduate of the Front Line Leaders Academy through the Young Elected Officials Network.

Rep. McKinney has also served on the Board of Directors for Bridging Communities Inc., a nonprofit that provides senior services and home foreclosure prevention programs, the Executive Board for Southeast Michigan Jobs with Justice, where he fought for workers’ rights to join a union and earn a living wage, and the board of The McKinney Foundation, which hosts educational programs that help promote healthy living, entrepreneurship and environmental responsibility. McKinney also served on the Executive Committee for the Michigan Democratic Party and the Executive Board for the 14th Congressional District Democratic Party.

Rep. McKinney is a lifelong Detroiter. He was raised by his mother and grandmother who taught him the importance of community, leadership and service. He is a proud product of Detroit Public Schools and a graduate of the Gerald R. Ford School of Public Policy at the University of Michigan. He worships and serves as a trustee at Mayflower Congregational United Church of Christ in Detroit.