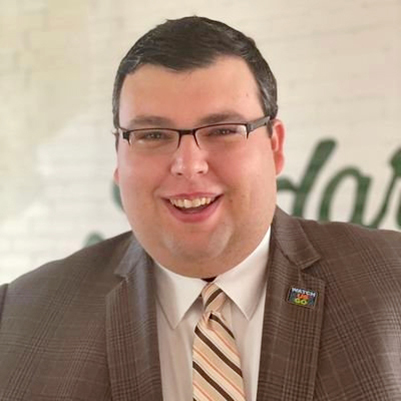 State Rep. Will Snyder is serving his first term representing the 87th House District. He is a proud lifelong resident of the city of Muskegon, currently residing in the Glenside Neighborhood, and has long been dedicated to community activism in the Greater Muskegon area. Prior to his work as a legislator, Rep. Snyder spent six years working as legislative aide and district director for his predecessor, Rep. Sabo. He also served on the Board of Directors of Read Muskegon, where he worked to break the generational cycle of illiteracy in Muskegon County. Serving as building association president for a local Knights of Columbus Dan M. Kennedy council also gave him the opportunity to carry out his commitment to community service.

Rep. Snyder always puts the voice of residents first, and strongly believes no economic decision should be made in Michigan without residents having a say. He advocates for investments in workforce training development programs to grow Michigan’s labor force, to give people access to high-paying, quality jobs, and to attract businesses by having a strong, skilled workforce. He brings his Muskegon roots and Lansing experience to the Capitol, as he advocates for working families, stands up for quality health care and reproductive rights, fights for top-notch, affordable education, and works for infrastructure improvements in West Michigan and across the entire state. He understands that strengthening the connections between the people in local communities and the policymakers in Lansing is an essential ingredient in reinforcing Michigan’s today and investing in its tomorrow.