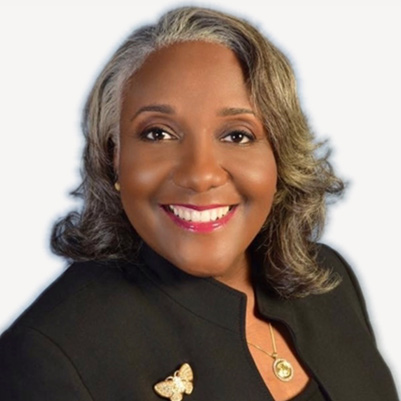 State Rep. Helena Scott is serving her first term representing the 7th House District, which encompasses a portion of Northwest Detroit and Highland Park. She is a former organizer and long-time labor and social justice community activist. She was also appointed to serve on the House Democrats Diversity, Equity and Inclusion Planning Committee and the House Committee on Committees.

Scott graduated from Marygrove College with a degree in Psychology and Political Science. As the lead organizer for Southeast Michigan Jobs with Justice, she spearheaded a petition drive to gather over 5,000 signatures for the One Fair Wage Ballot Proposal Initiative. More recently, she served on the Steering Committee to Protect and Defend One Fair Wage.

Her passion for service was developed and mentored by her sister-in-law, former Detroit City Council Pro Temp Brenda Scott. Because of her commitment to the community, she has volunteered and served on many boards and organizations. Formerly, she was an Executive Board member for the Coalition of Labor Union Women, The Detroit League of Women Voters, and Vice Chair of the Michigan Democratic Party Black Caucus. Currently, Scott is a Vice Chair of the 14th Congressional District and was recently elected to serve as Secretary of the Detroit Caucus.

Before joining the Legislature, Scott worked in the airline industry for over 20 years as a sales and service instructor. She worked for her predecessor, former Rep. LaTanya Garrett, as her Community Liaison. She has two young adult children, Rick and Samantha Scott, and resides in the district with her husband.