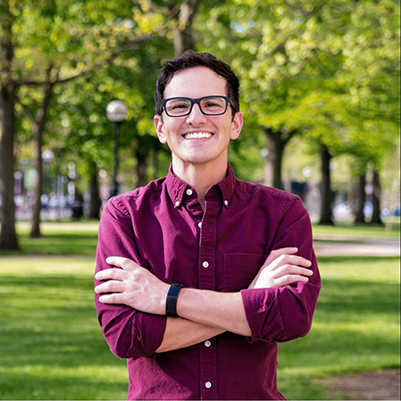 The son of a commercial fisherman and school lunch aide, Rep. Morgan was raised in Pinconning. By working part-time and thanks to state and federal student aid, Rep. Morgan worked his way through college as a first-generation college student, earning a bachelor’s degree in political science from Northern Michigan University. He later earned a master of public administration degree from the Ford School of Public Policy at the University of Michigan.

Rep. Morgan served as a Washtenaw County Commissioner, representing Burns Park and Central Ann Arbor. He was elected chair of the board in 2019 and served as the county’s first-ever LGBTQ chair. In addition to his leadership in Washtenaw County, he served as a Northern Michigan University trustee, having been appointed by Gov. Gretchen Whitmer, and is a service member of the U.S. Coast Guard Auxiliary.

Rep. Morgan’s passion is serving the community, with a particular focus on addressing economic and social inequality, LGBTQ rights, access to quality public education, transportation, mental health and criminal justice diversion. He brings these passions with him to Lansing as he serves his district.