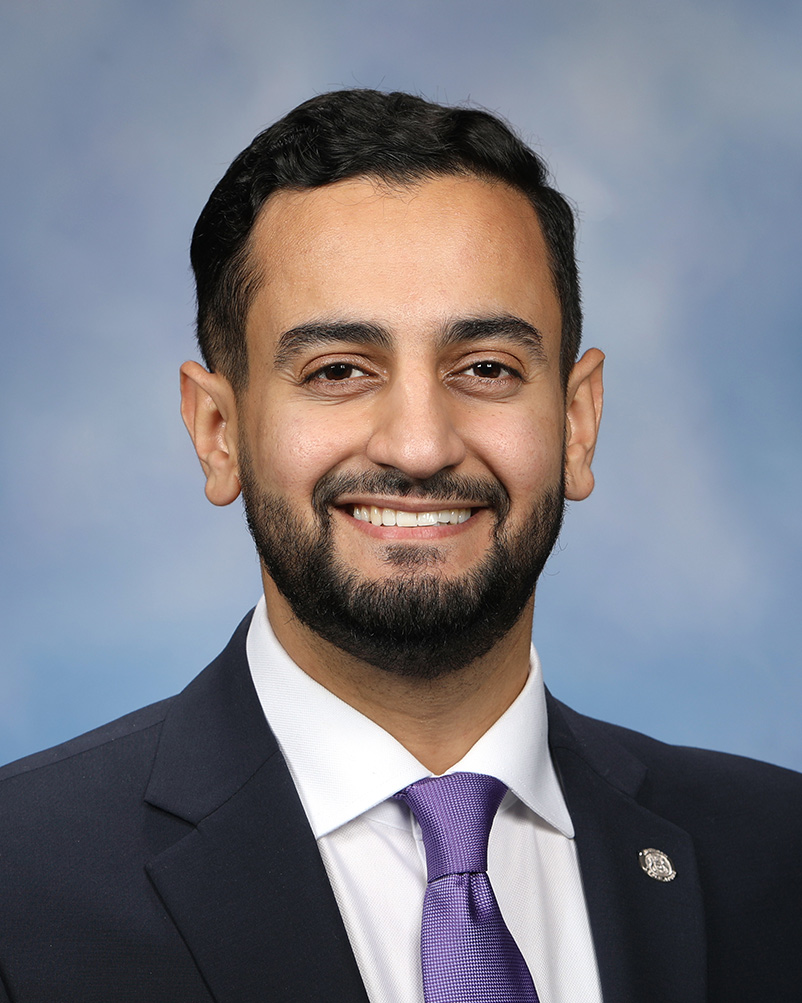 State Representative Abraham Aiyash is serving his first term in the Michigan House of Representatives. The son of Yemeni immigrants  Abraham Aiyash grew up in a working class family where his father, a UAW member and his mother, a homemaker, raised their children in Hamtramck. He now represents the 4th District, encompassing his hometown of Hamtramck, and surrounding parts of Detroit, advocating for progressive solutions and justice for his community. His political activism began as a community organizer for President Obama’s historic campaign in 2008. As a young man, he found strength in mobilizing his community by amplifying a united voice against systemic problems.

Aiyash received his Bachelor’s Degree from Michigan State University in Political Theory and Constitutional Democracy. During his time, he co-founded a nonprofit that mentored refugee children in the Lansing area. Aiyash was first exposed to legislative work when he served under State Representative Rose Mary Robinson. He worked to engage the community to fight back against a corporation from expanding a toxic waste site on the Hamtramck-Detroit border. Recognizing the environmental injustice his community faced, Aiyash frequently organized against corporate polluters and jump started a recycling program in his local school district. He’s realized that real power is driven by the movements started in communities, and hopes to embody those values on the House floor.

As the Statewide Training and Political Leadership Director at Michigan United, Aiyash trained political leaders and informed progressive solutions for education, healthcare, immigration, criminal justice and environmental racism. His professional career is rooted in the community efforts that developed his political interests. As a legislator, he hopes to redefine the role of elected officials as he champions solutions on the state level that address social and health disparities in poor and working class communities. He plans to translate his community organizing experience into legislation as he works alongside community activists to ensure their voices are heard in the creation of state policies.