Aiyash Sworn in as Representative for 4th House District

Aiyash Sworn in as Representative for 4th House District

“We are at a critical juncture in our American experiment, and we have a responsibility to uplift the best of Michigan and our nation. A pandemic and racial inequity exacerbated preexisting issues in underrepresented communities that are leaving families vulnerable. I am ready to tackle these issues head on. It is an honor to be a voice for Hamtramck and Detroit and to move our state legislature in a direction that builds on a politics of the possible.” Aiyash said, “Now more than ever we need leaders who will center our communities and fight for racial, social, economic, and environmental justice.”

Rep. Aiyash is serving his first term representing the 4th House District, which includes his hometown of Hamtramck, and surrounding parts of Detroit. His political activism began as a community organizer for President Obama’s historic campaign in 2008. As a legislator, he hopes to redefine the role of elected officials as he champions solutions on the state level that address social and health disparities in poor and working-class communities.

Visit aiyash.housedems.com to learn more about Rep. Aiyash and the 4th House District. 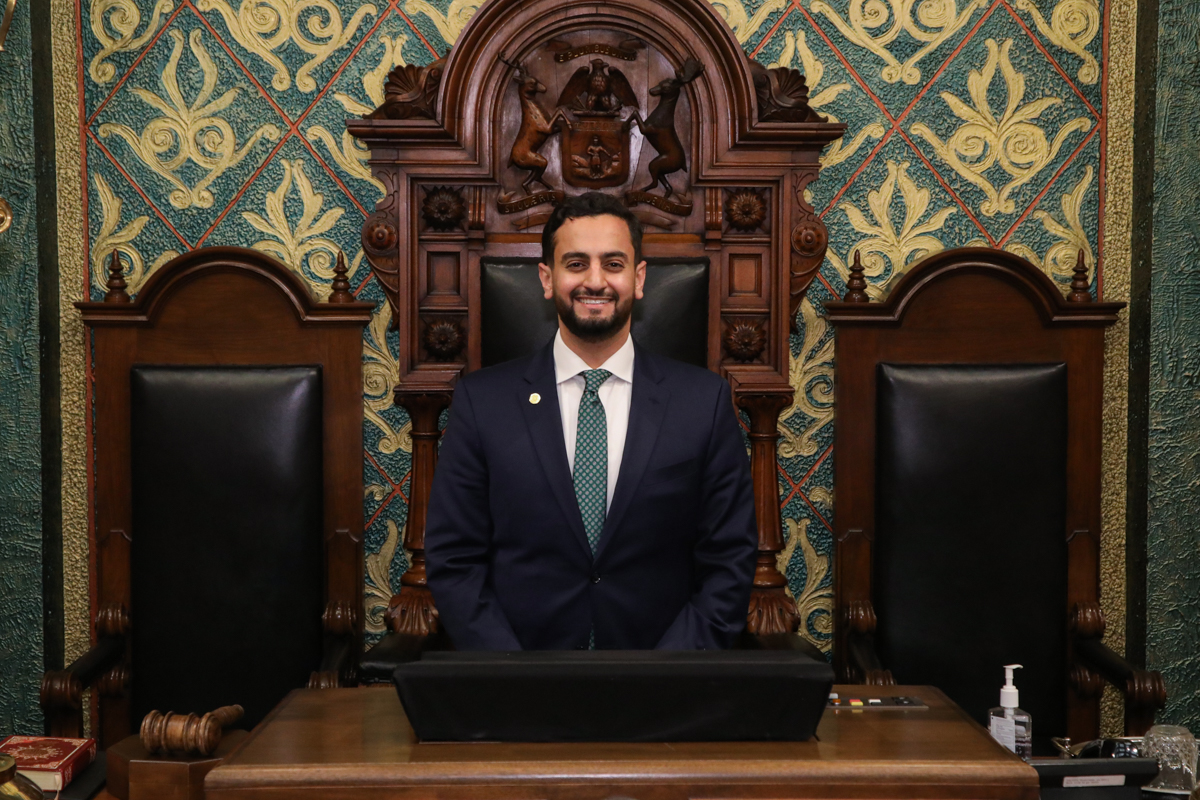 State Rep. Abraham Aiyash(D-Hamtramck) was sworn in as the representative of the 4th House District for the formal opening of Michigan’s 101st Legislature.