Anthony on ending the gender wage gap in Michigan

Anthony on ending the gender wage gap in Michigan

In observance of Equal Pay Day, a bicameral coalition of Michigan Democratic legislators led by members of the Progressive Women’s Caucus (PWC) unveiled legislation during a virtual press conference aimed at closing the gender pay gap in Michigan. In response, state Rep. Sarah Anthony (D-Lansing), sponsor of a bill in the package along with House Resolution 64 to declare March 24, 2021 as Equal Pay Day in Michigan, released the following statement:

“While Equal Pay Day serves as a symbolic reminder of the gender wage gap, the disparities it represents have very real implications for Michigan’s women and our state’s economy. As women and working mothers increasingly become breadwinners for their households, too many are getting short-changed on their hard earned wages, with lasting impacts on their ability to build financial security and overall wealth—not to mention drastically limiting their savings and retirement options. It’s long past time for our state to ensure all hardworking Michiganders are fully valued for their contributions to the workforce and economy.” 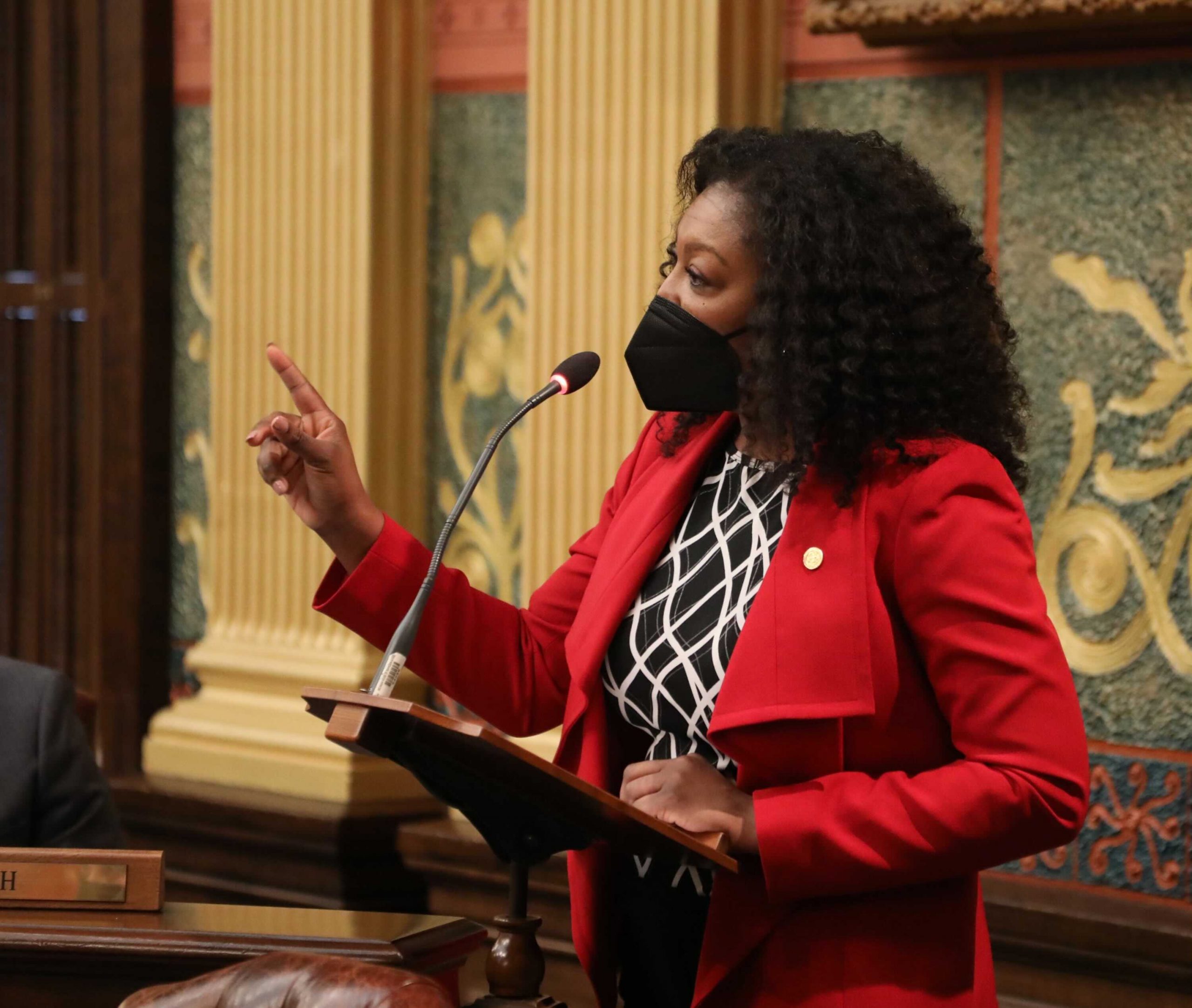