Conlin Sworn in as Representative for 48th House District

Conlin Sworn in as Representative for 48th House District 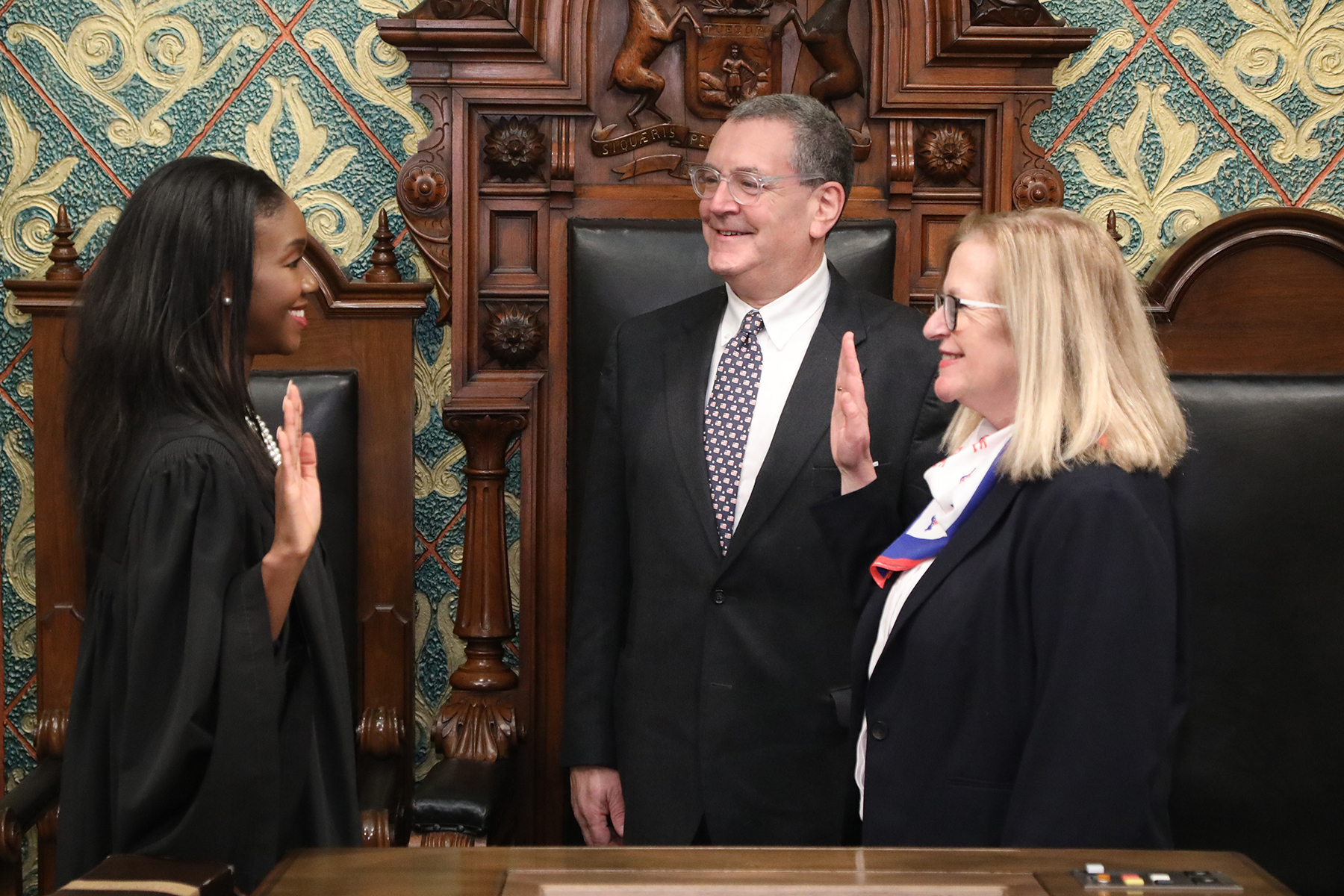 Michigan Supreme Court Justice Kyra Bolden (left) swears in state Rep. Jennifer Conlin, who was joined by her husband, at the Michigan Capitol on Wednesday, Jan. 11, 2023.

LANSING, Mich., Jan. 11, 2023 — State Rep. Jennifer Conlin (D-Ann Arbor Charter Township) was sworn in today as state representative for the 2023-24 legislative term. The swearing-in ceremony marked the formal opening of Michigan’s 102nd Legislature and the first day of House Democrats having the majority in over a decade.

“As a journalist and now a state representative, I’ve listened to countless stories from the residents of my district,” Conlin said. “They’ve told me about their struggles to keep up with bills, the threats to their health posed by irresponsible polluters, and skyrocketing costs of tuition cratering their family’s finances. I promise not only to listen as your state representative, but also to take bold action on the issues that most affect you.”

Rep. Conlin is serving her first term representing the 48th House District, which comprises the northernmost precincts in the city of Ann Arbor, the townships of Ann Arbor, Dexter, Genoa, Hamburg, Northfield, Waterloo, Webster, Lyndon and Putnam, and the village of Pinckney. Before becoming a state representative, Conlin was a freelance journalist and magazine editor whose work has most recently appeared in The New York Times, Vogue, L.A. Times, and Hour Detroit.

Go to housedems.com/jennifer-conlin to learn more about Rep. Conlin and the 48th House District.