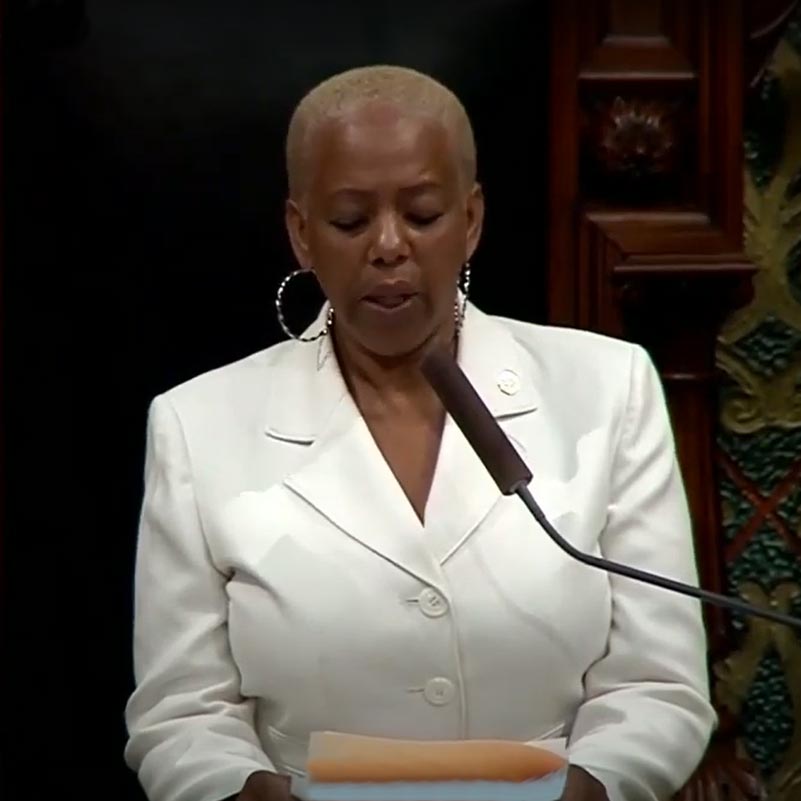 State Rep. Cynthia A. Johnson was born and raised in Detroit and is serving her second term representing the 5th House District, which includes a portion of the city of Detroit. The oldest of four siblings, Rep. Johnson graduated from Cody High School before becoming a certified paralegal by the American Institute for Paralegal Studies.

After earning her associate degree from Wayne County Community College, and her bachelor’s degree in business management from Walsh College in Troy, Rep. Johnson began working as a corrections officer for the Michigan Department of Corrections. After a few years, she transitioned to working parole and probation cases.

A tireless advocate for social justice, education, and cleaning up the city of Detroit, Rep. Johnson has hosted her own radio show, StandUp Now with Cynthia A. Johnson, for the past five years to passionately highlight causes she feels too often go ignored.