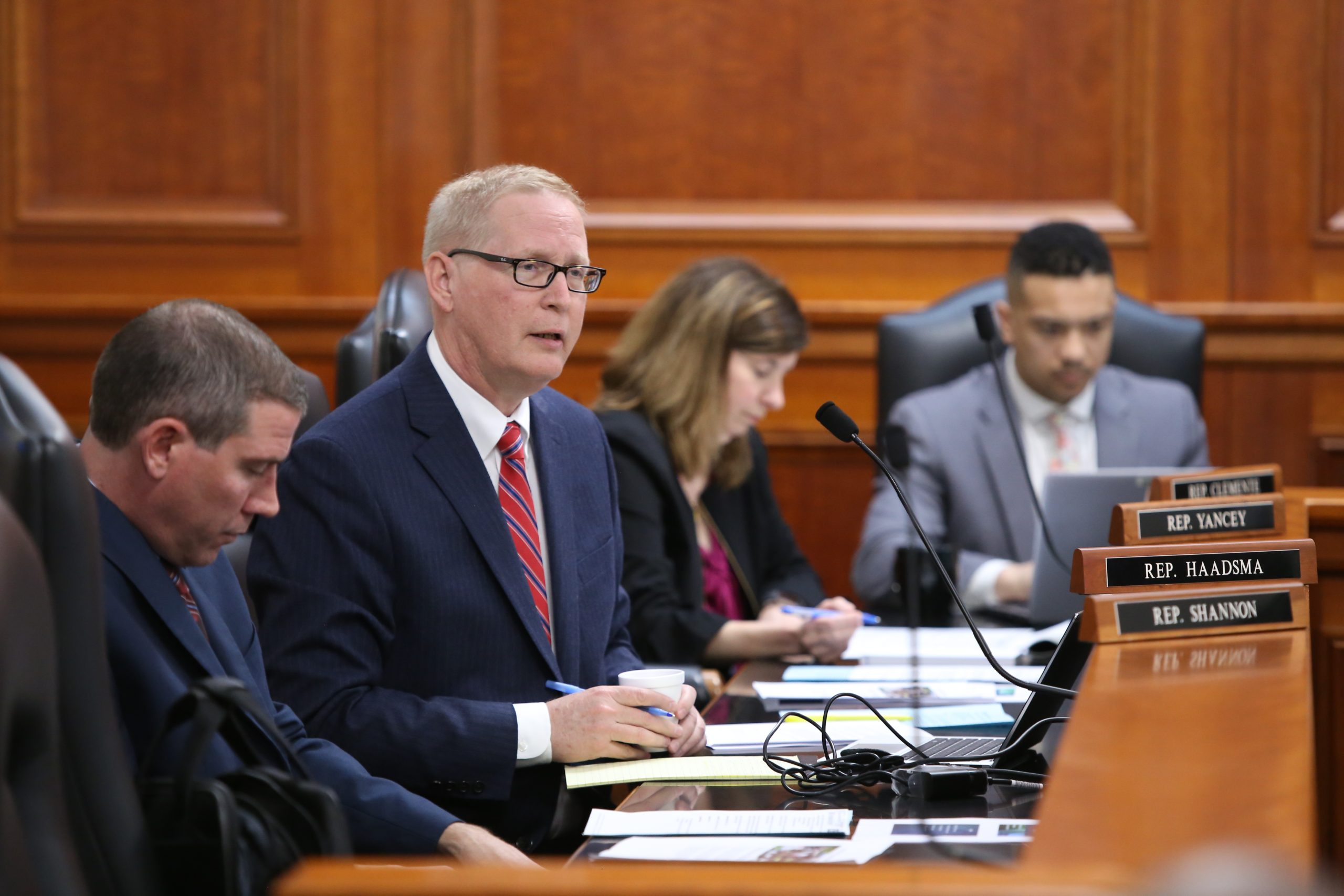 State Rep. Jim Haadsma is serving his first term representing Michigan’s 62nd House District, which is located in Calhoun County and comprises the cities of Battle Creek, Springfield and Albion; and the townships of Albion, Bedford, Clarence, Convis, Lee, Pennfield and Sheridan.

The son of missionaries, Haadsma spent a portion of his childhood living in Africa with his parents, which is where his deep appreciation for public service began. He went on to receive a BA in English from Michigan State University before earning his Juris Doctorate from the Wayne State University Law School. Haadsma was admitted to the State Bar of Michigan in 1984, and has worked at McCroskey Law, P.L.C. since 1987. He also served on the Calhoun County Board of Commissioners from 2009-2016.

Haadsma serves on numerous local not-for-profit boards, including those of the Art Center of Battle Creek, The Haven, and the Battle Creek Corps of the Salvation Army.

Haadsma is committed to serving the people of the 62nd House District by bringing Michigan’s industries into the 21st century, making sure Michigan’s schools are properly funded and supported, fixing the roads, preserving the Great Lakes, and ensuring equal rights and opportunities for all citizens of the state.