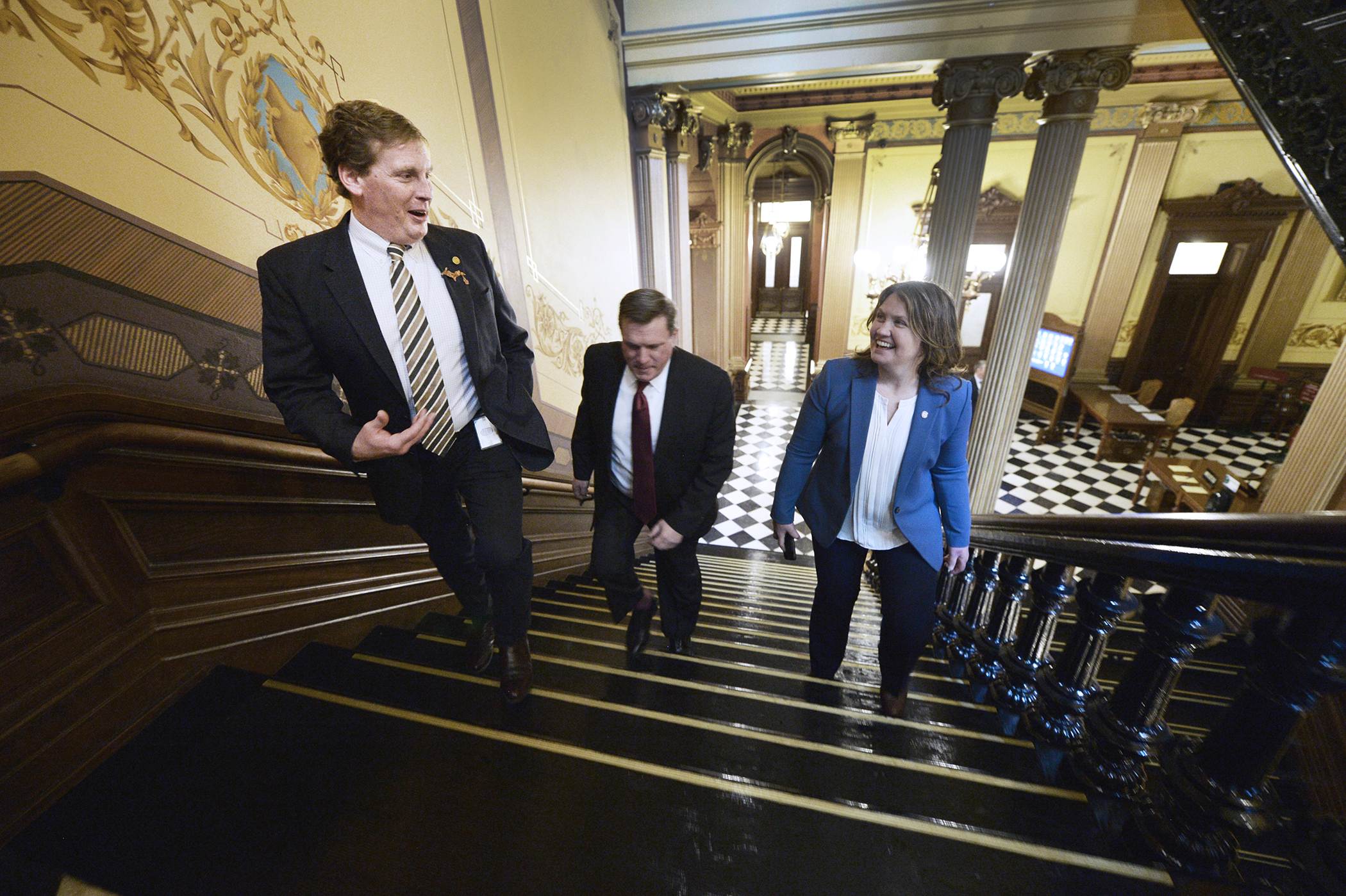 “The western U.P. has been dealt many blows economically for years, the most recent of which was the untimely and unnecessary closure of Ojibway Prison,” said McBroom, R-Waucedah Township. “The state has made many promises of economic investment and today, thanks to the great U.P. legislative team and partners across the U.P. and downstate, we are seeing a tremendous investment in a transformational project for our area.”

Senate Bill 565, which contains funding for much-needed road and water infrastructure repairs, also included funds for local park projects across the state. SB 565 includes $20 million for the restoration and development of the Copper Peak ski jump facility in Gogebic County. The world-class facility will attract international ski competitions and provide sports-related tourism to the region. The ski jump is expected to generate $50 million for the region in visitor revenue over its first four years of competitive events.

“Northern Michigan and Upper Peninsula legislators worked together and across the aisle to include funding to transform Copper Peak into a world-class destination for ski jumping competitions and training for Olympic-level athletes from the U.S. and around the world,” said Schmidt, R-Traverse City. “We already have an international commitment to host ski competitions once upgrades are complete.”

State Rep. Sara Cambensy, who represents a portion of the Upper Peninsula in the state House of Representatives, agreed with both senators and called this a critical investment for the area and Michigan as a whole.

“This monumental funding to rebuild the historic Copper Peak ski flying jump is truly a once in a lifetime opportunity for the entire state of Michigan. The economic growth that will come from this unprecedented investment is unlike anything U.P. legislators have been able to capture since building the Mackinac Bridge,” said Cambensy, D-Marquette. “Bob Jacquart had a dream to bring international ski flying back to the United States and his hometown of Ironwood, and his consistent ask to the U.P. delegation of legislators has finally paid off. What a gift this appropriation is for every Michigander, but especially our Yoopers who share our ski jumping and flying heritage.”

The funding measure has also garnered support from local organizations, including Bob Jacquart, who serves as chairman of the Copper Peak Organizing Committee.

“We are thrilled that a portion of the funding for local and state parks and trails will help the U.P. become a global destination for competitive ski jumping,” Jacquart said. “Recently, the International Ski Federation selected Copper Peak to become the exclusive, year-round competition and training venue for Olympic-level skiers. Funding in the bill will help cover the cost of extensive renovations that the Copper Peak Ski jump must undergo to meet competition requirements.”

SB 565 will now go to Gov. Gretchen Whitmer for consideration.