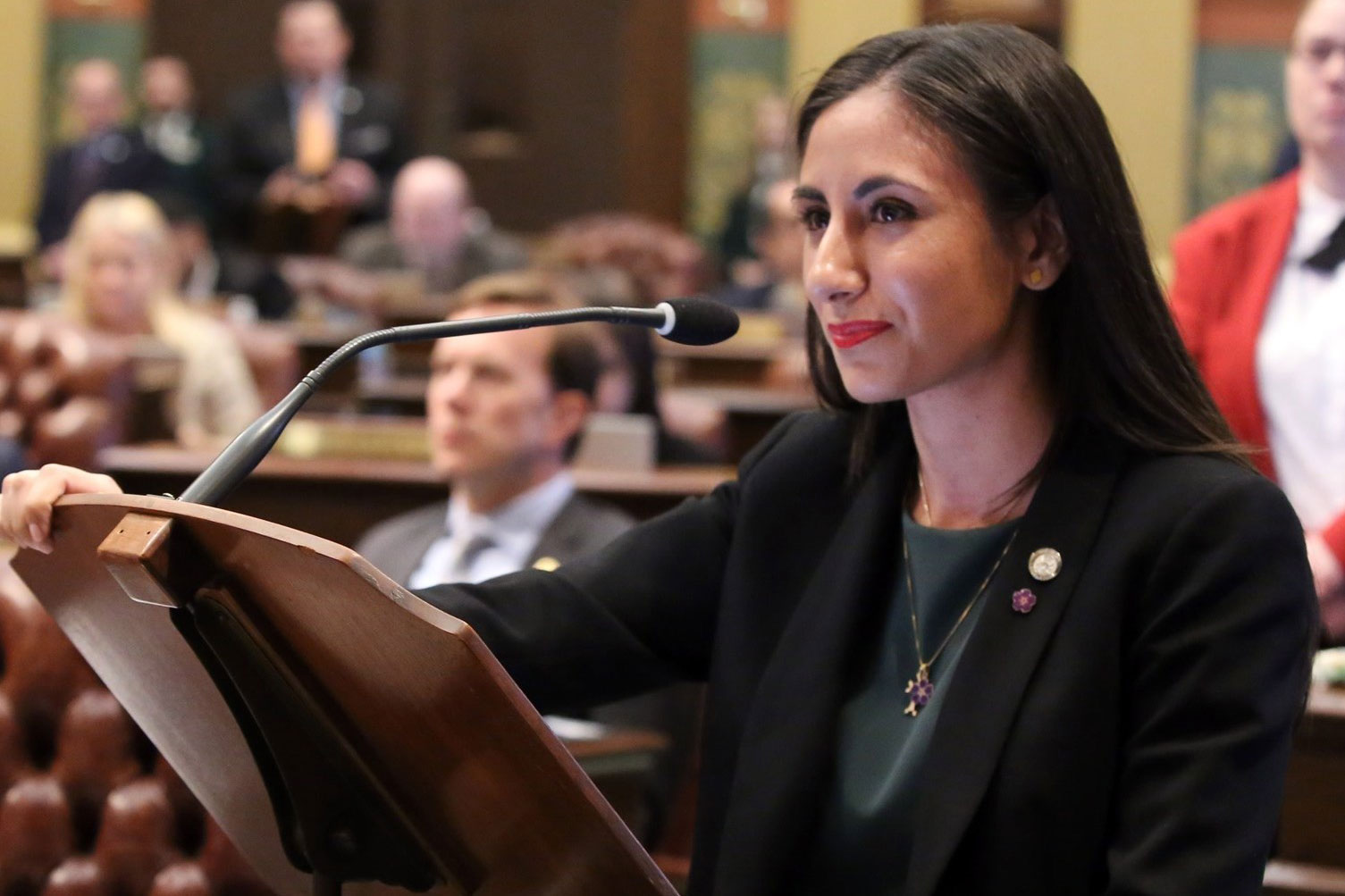 State Rep. Mari Manoogian was born and raised in Birmingham, Michigan, and is serving her second term representing the 40th District, which includes Birmingham, Bloomfield Hills, Bloomfield Township, and a portion of West Bloomfield Township. She currently serves as the Deputy Democratic Caucus Whip and as the Minority Vice Chair for the House Committee on Energy.

At 30, Manoogian is the youngest woman serving in the 101st Legislature, and the first Armenian-American woman to serve in the Michigan House of Representatives. Prior to joining the Legislature, she served in various capacities of public service at the federal level, including interning for then-Congressman John D. Dingell, working with the Council on Foreign Relations, and assisting Ambassador Samantha Power at the U.S. Mission to the United Nations. Manoogian also worked in the Offices of English Language Programs and eDiplomacy at the U.S. Department of State where she served with foreign and civil service officers.

Manoogian is a third-generation Armenian-American whose great-grandparents came to America in the 1920s to escape the Armenian Genocide. She earned both her bachelor’s and master’s degrees from the Elliott School of International Affairs at George Washington University.

Rep. Manoogian is a member of the Aspen Security Forum’s inaugural Rising Leaders Program and is a Truman National Security Project partner. She serves on various boards, including as a member of the board of the Armenian Genocide Education Council, the Tech for Campaigns Political Advisory Board, as the advisory council for the U.S.-Europe Alliance, and the advisory committee for Figure Skating in Detroit. She is an avid Detroit sports and Team USA fan and enjoys figure skating, reading, traveling, and spending time with her family. Manoogian is a member of Saint Sarkis Armenian Church in Dearborn and lives in Birmingham.