Morgan Sworn in as Representative, Appointed Chair of Military, Veterans and State Police and Vice Chair of Education and Transportation Appropriations Subcommittees

Morgan Sworn in as Representative, Appointed Chair of Military, Veterans and State Police and Vice Chair of Education and Transportation Appropriations Subcommittees 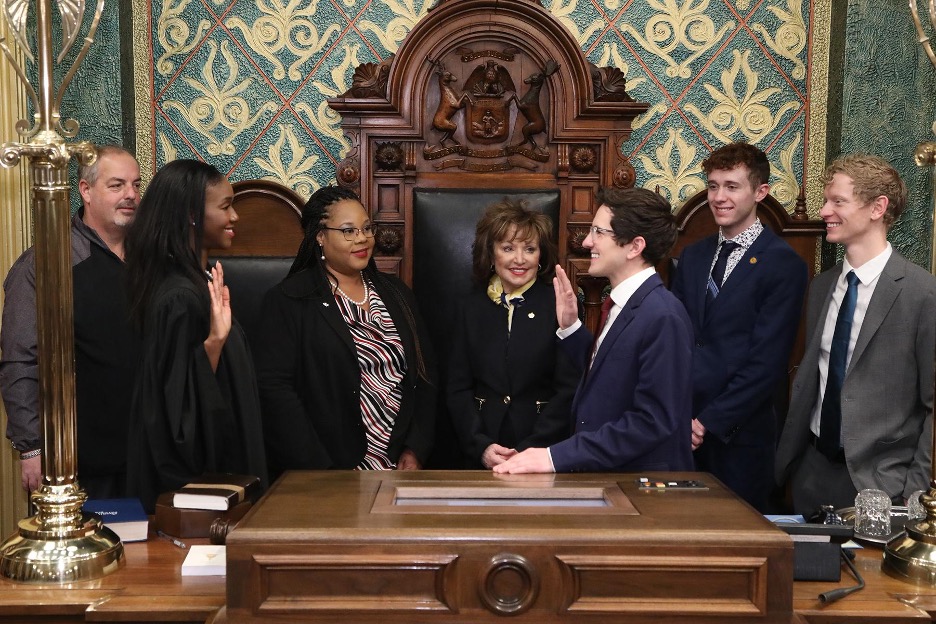 LANSING, Mich., Jan. 13, 2023 — State Rep. Jason Morgan (D-Ann Arbor) was sworn in earlier this week as state representative for the 2023-24 legislative term. The swearing-in ceremony marked the formal opening of Michigan’s 102nd Legislature and the first day of House Democrats having the majority in over a decade. Morgan has been appointed to serve as chair of the Department of Military and Veterans Affairs and State Police Appropriations Subcommittee. He will also serve as vice chair of the Higher Education, K-12 and Transportation Appropriations subcommittees.

“One of my greatest passions is to be of service to others. In my life, that’s meant everything from conducting search and rescue missions on the Detroit River as a flotilla vice commander in the U.S. Coast Guard Auxiliary to educating students as a community college teacher,” Morgan said. “I look forward to drawing upon my years of government experience in this new role to ensure that every Michigan family has the opportunity to succeed in our great state. I will work to advance a state budget that strengthens our public schools, builds modern transportation and infrastructure, and invests in safe and healthy communities.”

Morgan is serving his first term representing the 23rd House District, which comprises Ann Arbor, the city of South Lyon, Superior Township, Salem Township, and parts of Plymouth, Northville, Lyon and Ann Arbor Townships. The son of a commercial fisherman, Morgan worked his way through college as a first-generation college student, earning a bachelor’s degree from Northern Michigan University and master’s from the Ford School of Public Policy at the University of Michigan. He served as a Washtenaw County Commissioner and was elected chair of the board in 2019. Gov. Gretchen Whitmer appointed him to be a Northern Michigan University trustee, and he also serves as a member of the U.S. Coast Guard Auxiliary.

Go to housedems.com/jason-morgan to learn more about Rep. Morgan and the 23rd House District.