“Sexual assault survivors deserve protection and justice, and Michigan law must provide real accountability for both abusers and enablers,” said state Rep. Julie Alexander (R-Hanover), sponsor of HB 4851. “Our plan will make it safer and easier to report these violent crimes — more swiftly delivering support to survivors and punishment to perpetrators.”

Rep. Julie M. Rogers (D-Kalamazoo), sponsor of HB 4854, said: “Unfortunately, many survivors who speak up are either not believed, or the individual they told failed to report the sexual predator, which allows the assault and abuse to continue. The bills in this package are common-sense, yet desperately needed, policy changes that will help ensure that survivors in our state are protected and able to have their unique and individual needs met.”

While several important reforms were enacted into law following the Nassar investigation, the legislators strongly believe further action is necessary. The new bills would:

The plan was drafted after a thorough review of hundreds of pages of documents, six weeks of committee hearings, and consultation with sexual assault survivors, experts, and other groups.

According to research, the response from the first person a victim tells about their experience greatly impacts whether the victim feels believed and supported, reports the assault, and seeks further help. In addition, many survivors choose not to report because they do not believe the available systems would help them or that authorities would cause them further psychological harm.

Other legislation dealing with sexual assault has been introduced in the Senate, where the Committee on Judiciary & Public Safety has begun taking testimony on Senate Bills 223-227.

HBs 4851-4858 were referred to the House Committee on Judiciary for review. 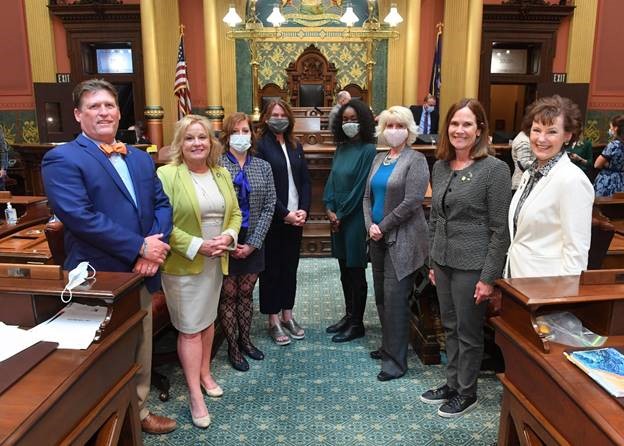