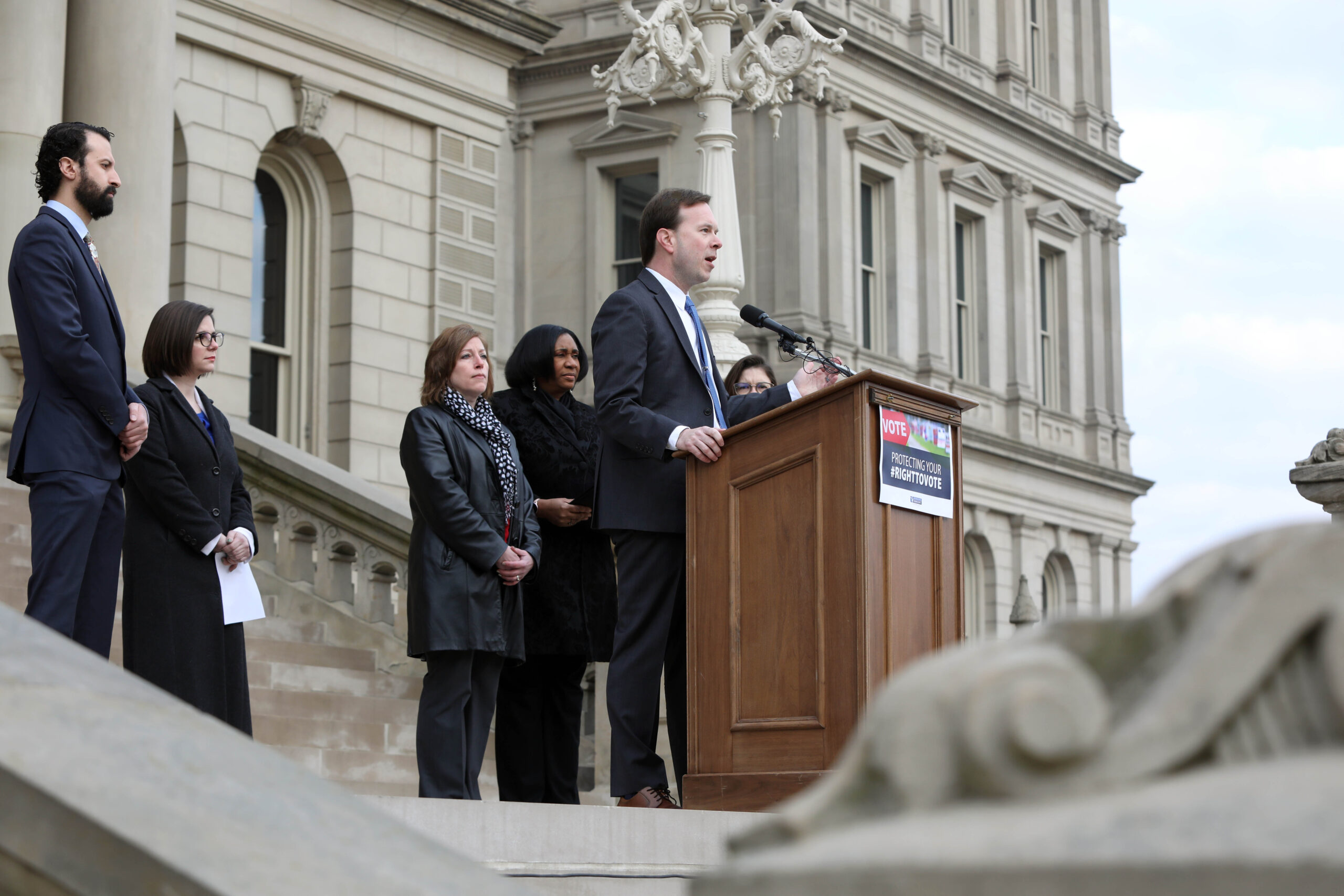 LANSING, Mich., March 17, 2022 — Members of the House Democratic Caucus held a press conference yesterday to continue the fight to protect the right to vote and eliminate unnecessary barriers between Michiganders and their franchise.

State Rep. Julie M. Rogers (D-Kalamazoo) introduced one of the bills in the package that would codify the ability for voters to request an absentee ballot through the Secretary of State’s website.

“Back in 2018, Michigan voters made it clear when they passed Proposal 3 that we have the right to no-reason absentee voting,” Rogers said. “We saw record voter turnouts this past election because we enshrined this right in our constitution. My bill will ensure that the will of the people isn’t met with barriers that complicate a voters right to access an absentee ballot.

Other bills in the package would:

The bills announced yesterday come after an initial package of legislation announced in November. That package would require clerks to send out absentee ballot applications, allow absentee ballots to be processed up to seven days before Election Day, require at least one ballot dropbox per 20,000 people in a municipality and more.